Nurturing and serving all uniquely

The Authority of Jesus Questioned

There are a several types of authority, so I will begin by considering the nature of authority.  Civil authority is exercised when a person or group of people have the power to control, judge or forbid the actions of others by enforcing obedience to laws or regulations. Religious authority clearly has some significant differences from civil authority, as it is based upon truths revealed directly or indirectly by God.  Thomas Aquinas, an influential medieval thinker, argued that since these truths are made known by God, they have the authority of God.

In the Gospel reading for Sunday (Mt. 21:23-32) the chief priests and elder challenged Jesus with questions about the nature and source of his authority. As human and Messiah, Jesus had the authority of God and did the work of God. Jesus demonstrated this authority during his ministry by the integrity of his words and actions, as well as by serving to restore and heal, the marginalised, poor, and least powerful.  The discussion in this reading is with those who were in positions of authority, which they abused, although they should have known better. They were simply interested in ensuring and promoting their own authority and power, regardless of the best interests of those over whom they exercised authority.

In the second reading, Paul emphasised that individualistic quests for power, societal status and honour were contrary to the spirit of Christ, and potentially harmful to community. True humility is demonstrated in concern for others. These virtues (humility& unity) complement each other, which raises a question for us today, who live in predominately individualistic societies.

Today, authority is rightfully questioned. Some claim authority, and it has been suggested that they do this in a way that does not show judgment. Authority cannot be based solely on a position to which we are elected or appointed, but has to be proved, tested, and shown through our living.

There is a correlation between word and deed. Authority should only be granted when there is integrity. Personal authority should never take the place of God’s authority. The words of Jesus in today’s gospel reading remind us that we can never presume that authority, nor take it for granted. When we look around us at the beauty of the work of God in the world, of the power and authority of Christ compared with the abuse of authority, the choice is clear. Choose God! Choose the way of Christ. 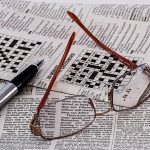